Posted at 14:30h in Uncategorized by admin 0 Comments
0 Likes

A large area manufacturer is set to begin major facility upgrades and an expansion to ultimately become more high-tech.

Georgia Pacific’s oriented strand board (OSB) manufacturing plant, based in Alcolu, announced Thursday that it will soon begin work on a $4.5 million capital investment project.

No jobs are directly related to the capital expansion, but the investment could lead to additional employment in the future at the plant.

George Kosinski, executive director of the Clarendon County Economic Development Board, spoke Thursday about the manufacturer’s expansion, which will include a new 30,000 square-foot warehouse, a state-of-the-art laminating line and additional equipment.

The company’s Clarendon County OSB facility currently employs about 150 workers, and the expansion work will begin in December or January, Kosinski said. 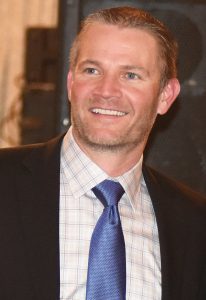 “This is an automation-type expansion that will allow Georgia Pacific to be more efficient and run a 24/7 operation,” Kosinski said. “It may possibly lead to increased employment down the road, but there are not any full-time jobs attached to this specific expansion.”

With the announcement, Georgia Pacific has now pumped in about $10.5 million in capital projects’ work in the last year at the facility, which is just passed the Sumter County line and near Interstate 95, he said.

The technical upgrades will lead to more future technical advancements at the plant, according to a news release.

The oriented strand board panels made at the plant are used throughout the construction industry, to include residential housing, Kosinski said.

Georgia Pacific has seven manufacturing facilities in the state, employing a total of about 1,400 people, according to the release.

County officials were happy with the news.

“It is with much pride that we welcome this existing industry expansion in Clarendon County by Georgia Pacific,” Clarendon County Council Chairman Dwight Stewart said. “GP has been providing high-paying jobs for Clarendon and surrounding counties for many years and for that we thank them.”